As a river is the largest on the surface of the globe, as a store is also the largest in the world...Unknown online bookstore becomes the largest online sale site!. Not only does it provide you with everything you need with the click of a button, but it also tries to change the way you read books for several years, Amazon currently estimates its market value at 106.3 billion dollars.

The American Vox website devoted a report at the end of 2016 talking about Amazon’s superiority over Google and Apple in finding new innovations that attract users, crediting this to “Jeff Bezos” founder and CEO of Amazon, this may help you identify some of the reasons for global success . 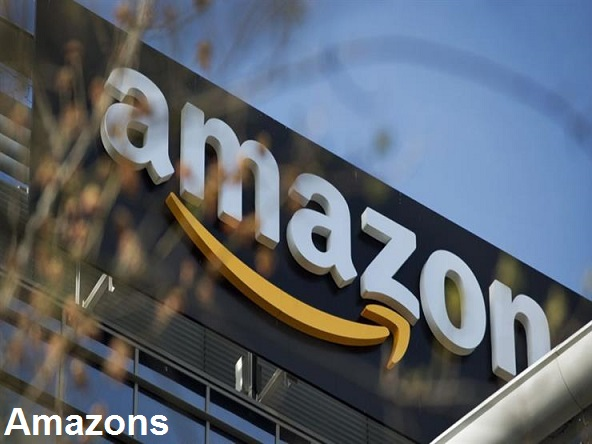 The largest assortment of products in the world, with all available and appropriate ways to buy at the lowest prices (competed fiercely in prices by the Chinese Dragon on Alibaba). "If you give buyers a great buying experience, they will tell each other about it, and that's the power of praise marketing," says Bezos, as he cuts out of the advertising budget to provide free shipping to Amazon customers.

A step that was described as stupid at the beginning, without the one who imagined it realizing that the man makes his customers marketers, so he did not reduce the marketing effort, but rather hit the goal of opening another marketing channel that is more distinguished from advertising in that it is uninterrupted. In addition, Amazon revealed a few months ago about the shopping experience that it will offer in the world of physical stores through Amazon Go, which it intends to launch next year, with a revolution in the world of shopping, where you do not wait to pay the account of your purchases, but choose what you want, and the company will deduct the price from your balance with it.

Bezos worked in Wall Street institutions before founding Amazon, which earned him experience developing products that attract consumers, as well as receiving and studying all ideas from his employees.

Jeff Bezos loved independent work, which prompted him to resign from his work in a financial investment company to start implementing his idea, which is to make the various goods of the world in your hands in the least time via the Internet, which he noticed growth in that period at a fantastic rate (2300% annually). . He started with books, not love in them, but his business mentality. "It's all about owning books as a product," says Shel Kavan, a former Bezos deputy. Books are easy to ship, hard to break. In addition to the presence of a large book distribution store in Oregon.

The wide choice offered by the Internet made his site stand out from the start, at a time when the publishing world was suffering from a crisis of confidence and a country that was not circulating about its people's love for books. Which encouraged Bezos to strike the business genius by selling everything afterwards.

No company has placed a greater focus on innovation in the past two decades than Amazon, and Bezos sums up the company's success in the three big ideas: putting the customer first, inventing, and being patient. Since its inception, Amazon has been at the fore in a wide range of emerging industries.

You find yourself not only talking about e-retail business but also e-books and e-readers, cloud storage services (Amazon Web Services), video services, digital technology like Alexa, drones for parcel delivery and recently entering the voice assistant market with its product The Echo to compete Siri and .Google Now

Bezos' wit helped him. Long before Google and Facebook, he realized that the greatest value for any online company was in the consumer data it collected. This may be what prompted him to buy Alexa, and this helps her to know the reaction of the consumer quickly in the event of a new product launch, as resources are not wasted on products that do not attract the consumer, as it quickly withdrew from the smartphone market in 2014.

Amazon ranks as one of the world's highest in customer satisfaction, the founder tells USNews, "Customers should be treated special," as he believes the company should not focus on its competitors as much as it does on its customers. Speaking in another interview about how important word marketing is, "Actually an angry customer can tell 6 people, but the same online customer can reach 6 thousand people."

In Amazon's early years, Bezos told investors the company was years away from profit. And it was planned that he said in 1997: "We're going to be without profits for a long time, and that's our strategy." His "in it to win it" concept helped him propel the company forward, right up to the year 2003 when Amazon announced its profitable start.

Despite the long wait to make a profit, Amazon deals in the best way when fulfilling customers' orders by choosing the products and services they want. They are helped by distribution centers around the world that allow them to quickly ship products, in addition to their excellent relationships with suppliers, enabling them to offer customers discounted prices.

With the variety of products that started with books and settled on thousands of products that may come to your mind, in addition to providing technical support services in information technology for business owners, home cleaning services. They are not afraid to sell anything and everything!

As the largest e-commerce company in the world, Amazon is facing increasing competition that may come east from the Chinese giant or from its counterpart on the ground, Wal-Mart, which has entered the world of e-commerce as well. Which can reduce its share of the market and the potential global growth - even if the news of the acquisition of Souq.com may open a new market - and to face that, the appropriate marketing mix must be implemented and achieve long-term competitiveness.

Just as the Amazon revolution began as a bookstore, I'll start with the place. Amazon operates mainly via the Internet, the company uses the following places to reach its customers:

Where websites are mainly used to deal with customers, these websites include Amazon.com and Audible.com (one of the brands owned by Amazon! Specialized in selling audiobooks on the Internet, and through the company's application for smartphones). In addition, the company operates physical Amazon Books stores in Seattle. These stores enable the company to communicate with customers wishing to actually try and evaluate the product before buying, and communicate through annual events and events such as Amazon Web Services Summit.

The company generally relies in this regard on its influential online presence to reach its target customers.

Their product mix is ​​a major player in the online retail industry. Alongside all retail products and services, there is the Kindle family of devices aimed at book readers seeking to completely revolutionize the book industry, book publishing services, and in More recently, paid viewing services for programs and movies that seek to challenge the dominance of .Netflix

Amazon provides its distinguished customers with additional services related to shipping and delivery, and it works, as you notice, constantly to expand the circle of products and permanent renewal.

Discounted prices are offered as a way to attract customers to the site and products offered. However, due to the variety of what they offer, the following pricing strategies are used:

Pricing according to the market.

Pricing is mainly based on the market. The company evaluates competitors' prices as a basis for pricing the basic Amazon products. This strategy gives the advantage of finding reasonable competitive selling prices that are attractive to target consumers.

On the other hand, prices are differentiated to put different prices for the same product as the prices of the same product differ between America and England, which has its own Amazon site (amazon.co.uk). This method enables it to adjust according to local market conditions, preferences and expectations of consumers.

Value pricing is used for products and services valued by customers.

Amazon uses advertising as a primary means of communicating with its target market. It has an affiliate marketing program for website owners or online publishers to profit from displaying advertisements for products on Amazon. This contributes to expanding the company's market.

Amazon offers huge discounts and offers on various occasions and events such as “Black Friday” and others. On the other hand, the company works to strengthen the brand’s image through a public relations program such as (Amazon Smile), which donates a percentage of sales to charitable organizations, which enhances consumer perception about the company.

In addition, the company communicates directly with companies wishing to provide their services on the Internet, such as publishing companies and distributing digital content.

Were you as surprised as I was by the number of companies and services owned by Amazon?... Here's the rest!:

It specializes in evaluating books, and is the first destination for reading lovers around the world.

A website specialized in selling shoes, it pioneered the idea of ​​paying a percentage of the profits to the poor around the world. It was acquired by Amazon and developed to include different sections.